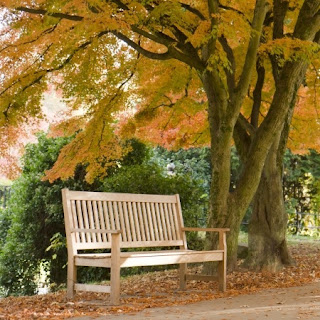 I sat on the bench watching the students run back and forth. Oh how I envied them.

I had been one of them but that was literally ages ago. Even my teaching years were enjoyable; growing and shaping young minds. Now my profession kept me busy, when I was here.

As I sat in my reverie of times gone by, a young lady who I had once taught approached and smiled.

“Excuse me, but aren’t you Professor Wells?” she said, seemingly embarrassed to ask.

I smiled at the pretty young thing. Best not to tell Jane about this chance encounter. Nary a chance she’d believe it so random.

“Yes, I am,” I answered, noticing for the first time the man sitting reading a newspaper on a nearby bench. She and I chatted for the next five minutes, and her body language told me we were heading towards areas other than former student and teacher. In my eyes these were harmless affairs, but I knew in other eyes they were crimes I had been committing for years. I felt both ashamed for my lewd behavior, and yet titillated at the new possibility.

Finally she heard a class bell and winked her goodbye.

I watched her walk away and shook my head. “Herbert, you damn fool,” I muttered to myself.

Then the gentleman, who looked quite out of place on the bench, stood up and slowly walked towards me. He sat down quietly and shared my view of the campus.

“Professor Wells, huh?” he said. It didn’t take long to realize he was from the future. As was I.

I sighed. I had wondered when they would find me.

“Took a little longer this time,” I said.

But I had come here, repeatedly through the years. Life as I lived here in the latter part of the eighteenth century would never be allowed where I am from. The women, the study, the writing, the vitality. In my true time, there’s no such thing as promiscuous, higher learning, art, war, or anything that brings life its grand experience. Just the peaceful, advanced yet sadly backward and boring people of the future. The real Eloi…

“So I guess we have to go back right now,” I said, sighing. I looked around at the trees, the people, even the sorry weather of England. It was true, this was my favorite time and place to live, at least that we could get to. The next few centuries were not just off limits, they were technically impossible for some reason.

He looked around, taking an admiring last look. It was intoxicating to people from our time.

He sighed, and nodded. “I can truly see why you like to come here.” He stood up. “But we’ll both be in trouble if I don’t bring you back. We don’t even know what the impact of your repeated visits as this ‘H.G Wells’ will do to the timeline.”

As far as I was concerned, H.G. Wells was who I was, and if this world had never known him, it would be sadder for it.

I stood as well, straightened my tie, and followed him to a secluded thatch of trees. In a moment, he had activated the small device and the world I loved began to fade.

But unlike the Time Traveler of my stories, I indeed would return. For my only crime was to write, love, and live in this precious present.
at March 17, 2014