Fe Fi Fo Fum and Your Little Dog Too! 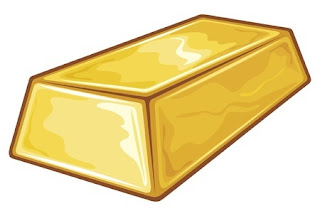 And so it was in the Land of Upz that the three decided to rescue Dot (and her little dog too) from the wicked giant, who had imprisoned her in the great Emerald Fortress.

“I think I have a plan”, said Manny Quinn. He was a plastic sort who had until recently served as a scarecrow in a field, and thought himself quite the genius, although he was kind of a poser.

“Good,” said GoldenBoy, a robotic forest guide who wished for a new compass, but whose real talents lie in his gold excrement. “We’ve got to save Dot!”

The cowardly Cheetah waffled as usual, but wanted to help Dot. Not quite king of the forest this one, and although he was very fast, he was mostly a scaredy-cat.

They watched the giant’s guards march in and out of the fortress. Manny snapped his fingers. “All we have to do is knock a giant out cold, then get on each other’s shoulders and wear his clothes. We can walk right in!”

Meanwhile deep in the Emerald Fortress, Dot sat bound in a chair. Poor Rosanna was leashed to the chair next to her and muzzled.

Dot had almost loosened her bonds when then the giant walked in.

“Fe Fi Fo - ooh, a pie,” and he gorged himself on a gigantic chocolate dessert.

No wonder they grow this big, Dot thought.

“So”, the giant started, still licking his fingers. “I told you I’d get you and your little dog too. But I’m so full now I don’t need to eat you.”

Dot rolled her eyes. “Lucky me.” She looked around at the room, green everywhere. “You need a new decorator. Just because it’s the Emerald Fortress doesn’t mean you couldn’t have a splash of blue or red for goodness sake.”

The giant looked around and shrugged. Rosanna offered a muffled bark. He frowned and put his foot directly over the little Schnauzer.

At that very moment, the doors burst open, and in ran the strangest giant Dot had seen yet. His uniform didn’t at all fit, and in the face he looked just like…”

Manny screamed. “Dot! We’ve come to rescue you, and your little…”

“I got it,” Dot said. The giant’s guards poured in behind them. GoldenBoy, who had been on the bottom, tripped and they all three came crashing down near Dot.

They scrambled to their feet as the evil giant and his guards crowded around them.

“Hey,” the evil giant said to his guards, “There’s that little robot that poops gold! I was looking for him!”

The giant reached down and picked up GoldenBoy, which immediately produced more gold on the floor. Rosanna sniffed it through her muzzle.

“Leave him alone!” screamed Dot, and she threw a brick at the giant’s head. It struck perfectly and he toppled like tall timber.

“What a world,” he slurred as he fell. “Killed with a poop brick.”

Actually the guards were quite thrilled at this. They would eventually build a statue that commemorated Dot, which would stand long after the fortress was in ruins.

She was a little miffed later though when the good fairy told her she could have left anytime simply by saying, “There’s no place like home.”

“Really? And you’re telling me this now?” Dot said, not happy.

And so Dot returned home where, unfortunately, she’d have to deal with pretty much the same idiots.

Sure enough, she woke up in bed. Uncle El (short for Elvis) gave her some warm tea and she smiled. “This is delicious! All they had in my dream was green tea.”

“Uh, thank you, thank you very much.” He propped her pillow up. “You gave us quite a scare you know.”

Dot nodded. “It was quite a trip, and quite frightening at times. She looked at Tony, who looked just like the Cheetah. “But I don’t have to tell YOU that.” Tony smiled, but cowered more into the corner.

Then she smiled at Danny, who stood in a thoughtful pose. “But thanks to some quick thinking, I was rescued.”

Next to him, Roy wore a pained expression. “I’ll be right back!” he said, and rushed off in the direction of the bathroom.