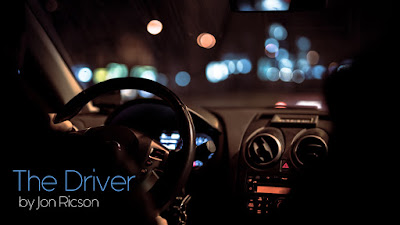 It had been a fun night of wine, food, and catching up with old work mates. Now she was tired and needed to sleep all this frivolity off before an early morning holo-meeting with Japan. She bid goodbye, then traded touch contacts with those she hadn’t heard from in a while online.

When she walked out into the lobby of the trendy restaurant a soft tone sounded. A handsome, if synthetic male approached her. “Hello, I will be your Artificial Intelligence Designated Driver tonight. I have located your car and can walk you there for safety as well.”

She silently cursed and had forgotten that this was one of “those” restaurants. The AIDDs as they called them, had become quite popular in the mid-90s, since Mahita had perfected the artificial intelligent beings in 2085.

She smiled, and waved her arm as if to say, “you lead I’ll follow.” Once she was in the passenger seat, always a strange feeling in your own car, she looked him over and decided to have some fun.

“So, what’s your name, handsome?” she said, reclining a bit.

He started the car (which even though like all vehicles it had an auto-drive mode, it had long ago been proven drunks could disable it to try and drive anyway. Businesses could not take the risk someone would do that and sue them into infinity.)

“Catchy,” she smirked and looked him over. “I think I will call you…Chad.” She had a boyfriend named Chad in Late Training who was about as warm as this tin can, even though she had to admit the robot’s humanoid features made him a bit more attractive than the actual Chad.

“So,” she continued. “Do you enjoy driving home drunks so they won’t kill themselves?”

Chad processed. “Or others. I am glad to provide protection for you, ma’am. It is my job and privilege.”

“Privilege, wow,” she said. “They really have you guys trained, and hoodwinked. But whatever.”

Chad processed, then said. “What is hoodwinked in this connotation?”

“You know, hoodwinked, lied to, manipulated. You’re slave labor.” She was really feeling that last glass of wine. Her head was light. She had no idea what she was really saying. But she was having fun.

“I mean, you just stand around waiting to be told what to do, so when some drunk lady stumbles out you can drive her car (which can drive itself you know) and make sure the idiot gets home without killing herself – or others – which is what she deserves if she turns auto-drive off in a perfectly good self-driving car on the slaveway. Oops, sorry.” She giggled.

Chad processed. “Are you apologizing for equating the slaveway system which guides all autocars in harmonious traffic, to myself, inferring that I am actually a slave to the restaurant and all businesses who use A.I.D.D. personnel?”

“You’re not personnel,” she slurred. “You’re equipment.” She looked him over. “Although you are kind of cute equipment. We had a model like you at a bachelorette party one time. THAT was interesting. He was very…lifelike.”

“We are here at your address.” Chad put the car into stasis mode and exited the vehicle. Before she knew it, he had opened her car door and offered his hand. She took it and he walked her to the door of her tempRes. She palmed her hand to the pad and by the time the door opened, Chad had already begun to walk away.

“Where are you going?” she asked.

“I will stand by the street and wait for another A.I.D.D. to retrieve me shortly.”

“Um, that freaks me out when I see that,” she said. One stood out across the street from her tempRes for an hour one night. “Can you just walk down the street?”

“Yes of course,” he replied and began walking.

She shook her head, thinking “what will they come up with next?” Then she walked inside and barely stumbled into bed.

AIDD-34098 walked down the street and processed. He had already decided to begin calling himself Chad. And he also decided he was not sure he wanted to be a slave.